It is a common misconception that senior clerics should be invited to conferences, symposiums, etc. because they "represent" the views of the people who attend their churches, synagogues, mosques, etc.

Nothing could be further than the truth.

These people are never elected by the ordinary faithful.  They are appointed because they are seen by other senior clerics as being worthwhile to the interests of the particular organised religion.  The Pope was not elected by the Catholic Churches 1.25 billion followers in some sort of democratic process - he was chosen by a bunch of other senior clerics within the church, from one of their number.

Religious leaders should not be invited to forums to represent their followers.  If they are invited at all it must be clearly on the understanding that the views they represent are those of the other senior clerics of their religion.  For a truly elected-by-the-people representative you'd be better inviting the latest pop idol.
Posted by John Turner at 1:04 PM No comments:

How strong is your faith?

I've been musing about how strongly people actually take their faith.

Facebook is often bombarded by images, supposedly of Jesus (though looking nothing like what scientists believe would have been his appearance) with the caption "Do you love me?" or "Will you praise me?", etc.

The idea seems to be that you show your faith by sharing the image.  I'm not clear what the purpose of this is - do they believe their God monitors Facebook to see how many people share these images?  Do you get priority in Heaven for more than 10,000 shares?

They do it anyway, but isn't it all too easy?  Anyone can Like or Share a Facebook posting, but  that's not really a good test of anyone's faith.  I have a better idea.

The Romans used to throw Christians to The Lions. 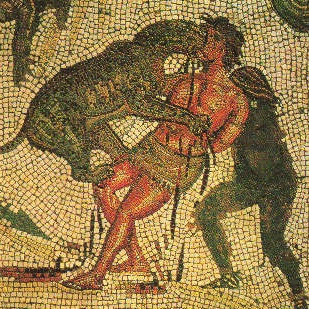 Anyone who recanted was freed - the rest had to face being torn to pieces.  Now that's a real test of faith.  How many of our Facebook God-squad would stick to their faith if the choice was between recanting or dying horribly?  Very few, I'm sure.

Catherine tells me that actually throwing Christians to The Lions would "raise certain Human Rights issues" so maybe we can't do it for real, but I challenge everyone who wants to Like or Share a Facebook Jesus meme to ask themselves this simple question - if Liking or Sharing this would get you eaten, would you still do it?
Posted by John Turner at 11:56 AM No comments:

... and hence why creationists are talking rubbish!

If you read this: http://www.huffingtonpost.co.uk/2015/12/15/jesus-face-recreated-scientists-skulls_n_8809466.html you will see that, if Jesus ever actually existed, he probably looked like this: 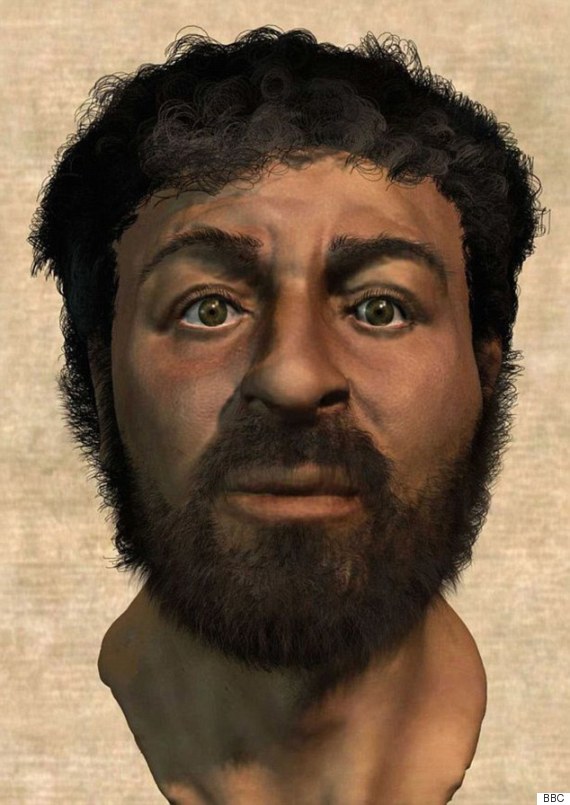 Not quite the picture on your Sunday School wall, is it?  And can you imagine what would happen if a chap looking like this turned up in a US airport right now?  He'd probably be arrested as a suspected terrorist!

Not that it matters because Jesus probably never existed anyway:

https://www.washingtonpost.com/posteverything/wp/2014/12/18/did-historical-jesus-exist-the-traditional-evidence-doesnt-hold-up/
Posted by John Turner at 10:40 AM No comments:

Should I be put to death?

It's Sunday, and I'm working.

Now the Bible is entirely clear about the sabbath.  In the Ten Commandments (Exodus 20:8-12) we read:
Remember the sabbath day, to keep it holy. Six days shalt thou labor, and do all thy work : but the seventh day is the sabbath of the Lord thy God : in it thou shalt not do any work, thou, nor thy son, nor thy daughter, thy manservant, nor thy maidservant, nor thy cattle, nor thy stranger that is within thy gates : for in six days the Lord made heaven and earth, the sea, and all that in them is, and rested the seventh day : wherefore the Lord blessed the sabbath day, and hallowed it.

[American version, note: "shalt thou labor" not "shalt thou labour", even thought America didn't exist when King James authorised this Bible.  Are you allowed to tamper with it like that? But I digress....]

[Also note: how the f*#k do you stop cattle from doing work?  Or, for that matter, how do you start them doing it? But I digress....again]

In Exodus 32:14 we read:
Ye shall keep the sabbath therefore ; for it is holy unto you. Every one that defileth it shall surely be put to death : for whosoever doeth any work therein, that soul shall be cut off from among his people.

Well I'm definitely working.  Whether that defiles the sabbath or not I don't know, so whether I get put to death or just "cut off" (ostracised, I assume) I'm not clear.

But, hold on a minute.  All of this is in the Old Testament, written for the Jews.  Their sabbath runs from sundown on Friday to sundown on Saturday.  So surely this rule only applies to that period?

In which case why I am I restricted in what I can do by St. Helena's Sunday Trading laws?
Posted by John Turner at 1:03 PM 2 comments: 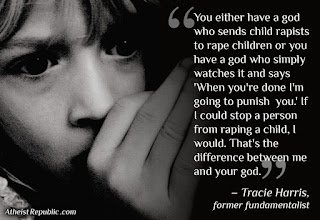 The Bible and Same-sex Marriage

The Bible is often quoted by those that oppose same-sex marriage, and indeed gay-ness in general.  And they are entirely right – in Leviticus 18:22 is says “No man is to have sexual relations with another man; God hates that.”  (Note, by the way, that it doesn’t mention women.)

But I often wonder why these people haven’t noticed that it also says it's desirable to keep slaves, that unicorns exist, and that a rape victim should be stoned to death.

·         Deuteronomy 20: 10/11 “When you go to attack a city, first give its people a chance to surrender. If they open the gates and surrender, they are all to become your slaves and do forced labour for you.”  (And , by the way, if they don’t surrender, you slaughter them.) Exactly how anyone reconciles attacking cities with “Love thy neighbour” is a mystery to me.

·         Unicorns get nine mentions.  How about Numbers 23:22 “God brought them out of ; he hath as it were the strength of a unicorn.”  Or Isaiah 34:7 “And the unicorns shall come down with them, and the bullocks with the bulls; and their land shall be soaked with blood, and their dust made fat with fatness.”  Also note that later, in Isaiah 34:13, we read “And thorns shall come up in her palaces, nettles and brambles in the fortresses thereof : and it shall be a habitation of dragons, and a court for owls.”

·         Deuteronomy 22:23/24 says: “Suppose a man is caught in a town having intercourse with a young woman who is engaged to someone else. You are to take them outside the town and stone them to death.” And then helpfully explains “She is to die because she did not cry out for help”.  And, by the way, in verse 28/29 we read “Suppose a man is caught raping a young woman who is not engaged. He is to pay her father the bride price of fifty pieces of silver, and she is to become his wife, because he forced her to have intercourse with him.”  Being forced to marry your rapist?

Other things it says is that believers should:

And here’s one you should consider before driving: Leviticus 24:19 “If any of you injure another person, whatever you have done shall be done to you.”

But, I hear you say, “we don’t believe that those rules still apply today”.
OK, then, who decides what applies today and what doesn’t?  Who decides that “Love thy neighbour” applies and stoning rape victims doesn’t?  Did God send another prophet that nobody has told me about?
What if I decide that I like the “Love thy neighbour” bit, but I want to ignore the whole believe-in-God bit?  Why can I not call myself a Christian?


It’s all just nonsense.  Either this is your Holy Book, in which case you have to follow ALL of it, or it’s just a collection of stories.  I’m quite happy with the latter, but if so stop quoting it at me when I want to legalise same-sex marriage.
Posted by John Turner at 9:38 AM No comments: